The demand for efficient money markets is so high that not even the inflation rate at 8.5% is diminishing it. That’s by how much the dollar lost its purchasing power compared to a year ago. Yet, stablecoins pegged to the dollar regularly have the highest interest rate yields, enough to outrace inflation.

Why would tokenized dollars generate such a premium yield? Although crypto traders love volatility as it allows for higher gains, cryptocurrency volatility is not conducive to a serious DeFi infrastructure. Stablecoins introduce that seriousness with stability, relying on the dollar’s global reserve currency status.

Not only do stablecoins provide a stable value for use in payments, but they remove the risk from smart contract loans. This is why DeFi protocols are typically collateralized by volatile cryptocurrencies to take out stablecoin loans.

Moreover, the volatile assets used as collateral are typically over-collateralized. In this way, if the value drops down under a certain liquidation ratio, the lender can rest assured that the smart contract will automatically liquidate the collateral. Case in point, a huge spike in collateral liquidations happened during Q1 2022 for Compound protocol due to ETH volatility.

However, although crypto assets need to be over-collateralized to offset volatility, what about stablecoins? Is their collateralization stable enough to instill investor confidence?

New Generation of Stablecoins on the Horizon

One would think that DeFi protocols would rely on stablecoins that are also decentralized. That hasn’t been the case for the bulk of stablecoin growth in the last two years, presently at $186.8 billion. The top two off-chain stablecoins, Tether (USDT) and USD Coin (USDC), are collateralized in a typical manner, backed up by reserves of cash or cash-equivalents.

This simplicity propelled Tether to remain the top stablecoin—in terms of both market cap and trading volume—since its launch in 2015. Despite some ambiguity behind Tether’s reserves, it has continued to see growing traction for years, as USDT remains easily accessible.

The first to break this centralization mold was DAI from the MakerDAO platform on Ethereum. This algorithmic stablecoin is now collateralized by half a dozen cryptocurrencies, from the initial ETH collateral alone. Unfortunately, being an Ethereum ERC-20 token, it is susceptible to Ethereum’s high transaction fees.

While Ethereum is still the DeFi backbone holding a 53% (95.5 billion) market share, no one can claim it is suitable for cheap and fast stablecoin transfers. In contrast, TerraUSD (UST) stablecoin on the competitive Terra blockchain is showing itself as a game-changer. Using the Cosmos framework, Terra (LUNA) blockchain was developed as a global payment system, offering up to 10,000 tps at a negligible flat fee.

Effectively a blockchain equivalent to Visa’s performance, Terra enriched this faster backbone with an algorithmic UST stablecoin. It was a huge success. Within a single year, UST increased its market cap by 890%, from $1.86 billion in April 2021 to $18.42 billion in April 2022. Not only did UST become the third largest stablecoin, but Terra’s Anchor Protocol for yield farming gained the upper hand from the dominant Ethereum-based DeFi lending protocols.

Terra’s Anchor outgrew both Aave and Compound, the DeFi pioneers in smart contract lending and borrowing. Terra’s appeal clearly comes from Anchor’s popularity, given that 67% of UST demand comes from the protocol.

In turn, Anchor protocol draws strength from the way Terra’s UST stablecoin is collateralized. As an algorithmic stablecoin, UST maintains its peg by dynamically removing either LUNA or UST from circulation, in a process commonly referred to as burning.

Because of this elastic supply, traders have an opportunity to profit from arbitrage. For instance, if UST goes down to $0.97, traders can buy them at this lower price and sell UST for LUNA. This reduces the UST supply which makes it more scarce, triggering its price to rise closer to the 1:1 dollar peg.

How Does Anchor Maintain Up to a 20% Yield?

As money markets go, Anchor has been quite successful so far. By depositing UST tokens, investors can access an APY of up to 20%. This way, they become lenders, providing the Anchor Protocol with its liquidity for borrowers.

In turn, borrowers have to provide collateral against the loan. Presently, Anchor uses bETH and bLUNA as bonded collateral assets. Of course, these are also over-collateralized. The trick is that staking rewards on either bLUNA or bETH are liquidated into UST, with its liquid-staking protocol.

“bAsset tokens are an entitlement of the underlying staked asset position, where staking rewards are distributed to its holders.”

With a 12% LUNA staking yield and a high borrowing limit, the double-digit Anchor APY then becomes a predictable outcome. In fact, this mechanic is similar to rehypothecation, a financial process in which the same collateral is re-used as collateral in a different loan.

Terra is not the only layer-1 blockchain directly competing with Ethereum’s DeFi ecosystem. Just as Axie Infinity triggered an avalanche of blockchain games culminating in the ApeCoin metaverse token, so did UST’s success inspire two competing networks to launch their own algorithmic stablecoins.

Tron network, specifically TRON DAO, announced the release of its own USDD algorithmic stablecoin. In his blog announcement, Justin Sun, the Tron founder, positions the new stablecoin as a generational shift in technology. Similar to Terra, Tron network specialized in stablecoin payments, having processed over $4 trillion in USDT transactions.

USDD represents the third generation of stablecoins, as fully on-chain without any centralized institutions. The new stablecoins is poised for a May 5th release, and will also be available on Ethereum and BNB Chain.

Another Ethereum competitor is NEAR Protocol, featuring Nightshade scaling solution and Doomslug proof-of-stake consensus protocol. While Ethereum is yet to be sharded next year, NEAR blockchain already launched in 2020 with integrated sharded chains. In NEAR’s iteration of the sharding technology, transactions are not only processed in parallel across multiple sharded chains, but each shard generates “chunks” of blocks to be finalized.

Meanwhile, NEAR’s Doomslug consensus removes block competition from the consensus. As a result, transaction finality can be delivered within seconds, resulting in the total network throughput up to 100,000 tps. Likewise, this also makes transaction fees negligible. On this formula 1 of smart contracts, NEAR just recently launched its own USN stablecoin.

Mirroring Terra’s UST, USN doesn’t have cash reserves but relies on NEAR tokens as a collateral, boosted with USDT in the initial stage. Decentral Bank DAO will manage its reserve fund in partnership with Proximity Labs. And just like UST, USN will generate yield based on NEAR token staking rewards.

Accordingly, its minimum yield should be 11% APY, potentially going up to 20% for first lenders, according to Decentral Bank.

Is the 3rd Stablecoin Generation Really Worth it?

From what we’ve seen of how they work with Terra’s UST, there is some vulnerability, which comes from a couple of sources.

The first one is the need to maintain perpetual demand, including the network’s native cryptocurrency. Without it, the support level vanishes, which is why Terra’s co-founder Do Kwon has announced an additional step to bolster UST with $10 billion worth in Bitcoin. However, this too depends on the long-term prospect of Bitcoin going up.

“I’m sort of betting that the long-term scenario of Bitcoin going up, and the reserves being strong enough to withstand UST demand drops is the more likely scenario.”

The second vulnerability comes from the decentralization itself, relying on the market to sort itself out. Therefore, in both scenarios, algorithmic stablecoins rely on an optimistic view of the market. The European Central Bank framed it as “based purely on the expectation of its future market value.”

In the end, because they rely on a layered incentive structure to maintain certain floor levels, one could say they are inherently fragile. However, when tested under market stress, some have fared better than others.

On the other hand, one of the more glaring algorithmic stablecoin failures happened as one would expect. In the case of Iron Finance, with its IRON stablecoin, it didn’t scale up with the market demand. One then has to wonder if the introduced complexity with automated smart contracts, market arbitrage, and reserve token protocols is a price too high to pay for decentralization?

Only time will tell. Without a doubt, DeFi features benefits that our legacy financial system can’t even dream of. But – we’ll have a few kinks to work out, for quite some time.

The post After UST’s success, a new race for L1 stablecoins is here appeared first on CryptoSlate. 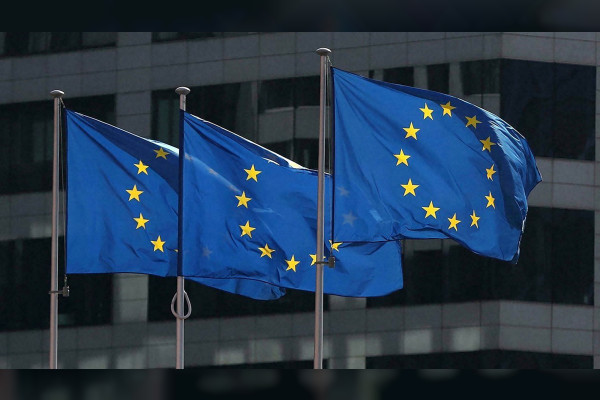 BRUSSELS, 14th May, 2022 (WAM) — Senior European Union officials have affirmed that the UAE, during the era of the late Sheikh Khalifa bin Zayed Al Nahyan, achieved growth, comprehensive renaissance, peace and stability in the region.

Charles Michel, President of the European Council, said, “We received 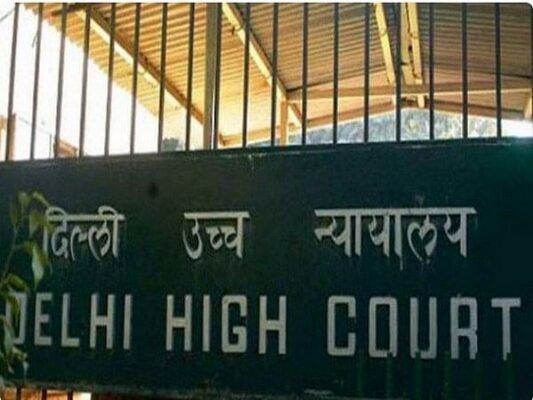 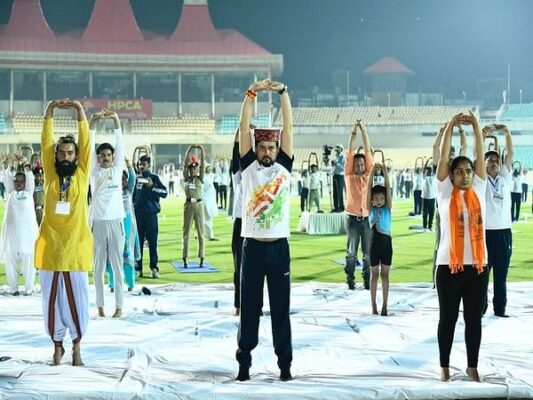 New Delhi [India], May 14 (ANI): Yog Mahotsav, a unique evening organized by the Ministry of Youth Affairs and Sports in the run-up to the International Day of Yoga on June 21, was held simultaneously in Dharamshala and New Delhi on Saturday, with Union Minister of Youth Affairs and Sports Anurag Thakur leading the 40-minute Yoga protocol from the Dharamshala stadium.
More than 2,000 athletes and yoga practitioners joined